The Living Daylights – Shaken and Not Stirred

The training exercise in Gibraltar was not how we anticipated it with the assassination of agent 004. Now more complications have arisen from that, with the defection of General Koskov and a note found next to 004: “Smiert Spionam”. It’s time for you to trust your instinct on this mission 007. After all, it seems you were correct when you didn’t shoot the sniper in Bratislava, like you were ordered to!

As you know, General Koskov defected from the KGB with yours and Saunders’ (Head of Section V, Vienna) assistance to Austria and revealed General Leonard Pushkin’s plan to initiate “Smiert Spionam” – “Death to Spies” – an operation targeting British and U.S. spies. 007, the information he fed to us is false. Koskov’s defection was staged and the sniper supposed to kill him was in fact his girlfriend, a dedicated cellist named Kara Milovy. Travel to Bratislava to find out what she knows about Koskov and his intentions. She may have been misled too. The KGB will be after you considering we helped Koskov escape from Bratislava. From there, travel to Vienna and meet Saunders, who has uncovered a history between Koskov and American arms dealer, Brad Whitaker. Intel suggests the KGB is cancelling an arms deal between them and Whitaker. We think “Smiert Spionam” is a cover-up for Koskov: his defection was staged. Track down Pushkin in Tangier. He will inform you of Koskov’s misuse of Soviet funds. I suggest you liaise with Pushkin to fool Koskov in believing you have used your license to kill him to prevent “Smiert Spionam. Intel reports Koskov is completing a deal at the Soviet base in Afghanistan involving opium, one that will benefit him and Whitaker financially. Prevent Koskov’s deal being agreed in Afghanistan first, then we highly advise dealing with Whitaker at his base in Tangier.

Your mission: Ensure General Koskov’s and Brad Whitaker’s deal does not come to fruition. It is vital we do not set a foot wrong to ensure a stable relationship between our countries.

Please continue reading for a brief of your mission wardrobe.

From Bratislava, to Vienna, to Tangier, we have your wardrobe sorted of course:

You have a few options to choose from in this wardrobe: a navy overcoat with notch lapels and a 4-button cuff (works well with a dark grey suit) for your trip to Bratislava and a black leather jacket with a matching chunky grey crew neck knit as you travel from there to Vienna. We haven’t forgot your favoured beige blouson jacket with a dark navy half-button polo shirt and pleated beige chinos styled with a brown belt.

A mission doesn’t pass without the need for a smart dinner suit does it 007? You’ll find this option with contrasting satin notch lapels and a one-button fastening suitable, particularly with a white dress shirt and the compulsory black bow tie.

It shall be quite warm in Tangier, so an appropriate tan two-piece suit with notch lapels, a two-button front, flapped pockets and 3-button cuffs shall suffice. The trousers include pleats from the waist, fastened with a brown belt and worn over a lightweight white shirt.

Preparation is key for any vital encounters as you well know 007:

A Soviet General who you will recognise instantly of course. It’s possible he will be wearing some of his tailoring: a light brown two-piece suit with notch lapels, white shirt and a tan tie, a Prince of Wales check casual jacket with cravat. He could be dressed in his military uniform, khaki green in colour and in a double-breasted cut.

The female cellist and General Koskov’s girlfriend. It is worth tracking her down and seeing what she really knows about Koskov. You may spot her in Bratislava wearing a grey oversized trench coat with single vent, matching tie belt and notch lapels. The coat is quite long, and potentially worn with a white jumper underneath too for the colder conditions certainly.﻿

The new head of the KGB who will be in Tangier after meeting Whitaker. He might be wearing a grey jacket with a green/blue check and notch lapels, paired with a blue buttoned shirt, dark trousers and a blue patterned tie.

Please continue reading below for your brief from Q-Branch.

As always 007, I hope you are paying attention:

Keyring Finder: I know you break more gadgets than lose them 007, but you shall find this particularly useful: whistle the first notes of “Rule Britannia” and it shall release a stun gas effective up to 5 feet, disorientating for 30 seconds. Quite a nifty little piece, with a key that opens 90% of the world’s locks too.

Binoculars: Sometimes the simplest of gadgets are useful 007, very typically a spy item. I suppose you can use them if you’re sitting far from the stage at the opera too…

Not quite your beloved DB5 but rather the Aston Martin V8 Vantage, equipped with many features of course, including lasers in the wheel caps, rocket booster and ski runners that appear from the sides should you find yourself in a slippery situation. There is too the self-destruct button of course, but I hope you adhere from using this 007…I do not want the paintwork damaged.

Koskov is manipulating us to assassinate Pushkin. It is vital we do not let this misdirection affect our relationship between the states. It’s time to really scare the living daylights out of Koskov and Whitaker with how intelligent the British Secret Service are. Please see extra visuals below for this mission.

No Time To Die – Shaken and Not Stirred

Greetings Bond. It seems the past has its ways of catching up to us all, including those you hold very close to you. The Mission I know your friend in the CIA, Felix Leiter, has reached Read more… 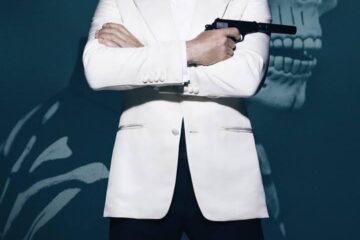 Spectre – Shaken and Not Stirred

Hello 007. You really have a way of causing an international incident and as your newly appointed M, I must remind you we are already overwhelmed with a change to MI6. The merger with MI5 Read more… 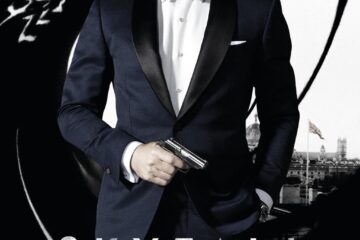 Skyfall – Shaken and Not Stirred

There you are, Bond. This isn’t the first time you’ve made yourself welcome in my home, uninvited. What happened in Istanbul is the perfect way out of this business, a chance to retire with everyone Read more… 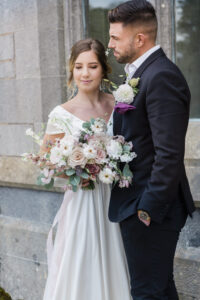